In recent years, the environmental community has emphasized that Congress does not need to “modernize” the Endangered Species Act. Instead, they argue, any comprehensive changes should be done strictly through administrative reform. This month, I expect our federal wildlife agencies to begin doing just that.

The U.S. Fish and Wildlife Service and the National Marine Fisheries Service will propose roughly a dozen changes to their regulations that implement the Act.  The changes fall into three categories: listing and critical habitat, section 7 consultations, and special rules for threatened wildlife. Together, the changes represent the most comprehensive proposals to amend the regulations in perhaps two decades.

Some of the changes could improve how the ESA is implemented, especially by streamlining processes that will allow the Services to do more with less, and by reducing controversy over endangered species protections without undercutting conservation outcomes. I italicized “could” because the Services will not realize these outcomes unless they properly implement the proposed changes.

Among the proposed changes to the listing and critical habitat rules, several are particularly interesting. One is how the Services will define “foreseeable future.” Many people have called for the Services to define this phrase quantitatively. I agree, considering the highly subjective exercise of determining what this mouthful means: “the extent to which the Secretary can reasonably rely on predictions about the future in making determinations about the future conservation status of the species.” That is from the current interpretation of the phrase. A quantitative definition should result in more consistent and transparent listing and delisting decisions.

Another proposed change is the withdrawal of the general section 4(d) rule for threatened wildlife, which was leaked in April and quickly followed by a Congressional letter opposing the proposal. I do not think the proposed withdrawal is as problematic as the letter claims and, if properly implemented, could even improve conservation by reducing opposition to certain listing decisions without undermining conservation outcomes. As I wrote in my study analyzing every 4(d) rule, there are ways to craft rules so that the effects are beneficial, neutral, or minimally detrimental to conservation. An example is the special rule for the Lahontan cutthroat trout. Some conservationists have questioned whether the agency will have the bandwidth to write 4(d) rules for each threatened animal listing (no plant has ever received a special 4(d) rule). That remains an open question that I will write about later. 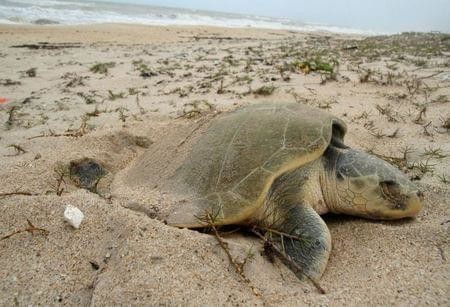 The Services will also propose changes to how they designate critical habitat, including when they exclude areas from designation if the benefits of exclusion outweigh the benefits of inclusion, and when unoccupied habitat could be designated. The Obama administration addressed both issues in 2016, but given the perennial controversial surrounding critical habitat, it’s no surprise that the current administration wants to leave its mark on this issue.

I also expect to see a proposal to clarify the geographic scope of the analysis for when an activity will “destroy or adversely modify” critical habitat. I would bet the clarification will merely solidify the Fish and Wildlife Service’s longstanding practice of evaluating the effects of a project relative to the entire designation, rather than a smaller geographic unit. This approach reduces the likelihood of triggering an adverse modification finding. I do not necessarily have a problem with that approach, provided the Services track the amount of incidental take they authorize and use that tally to inform whether a particular project will impede recovery. Unfortunately, the agencies have not implemented that tracking system, a problem that was the subject of an excellent Government Accountability report. This problem, however, is very solvable if the Services were to use a simple online database to track authorized incidental take.

In the upcoming days, I will write the second part of this blog, which will cover the proposed changes to the section 7 consultation process.

Here at the Environmental Policy Innovation Center, we critically evaluate every policy idea on its merits. Every presidential administration presents a mixed bag of changes to environmental laws and policies. Even in the current administration, however, there remain many opportunities to move the needle forward for conservation.

Jake Li is the Director for Biodiversity at the Environmental Policy Innovation Center. You can contact him at jake@policyinnovation.org.